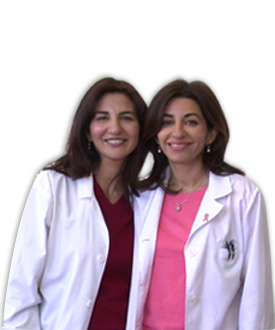 Tattoo Removal...because you are allowed to change your mind.

Dark (blue, black) and red inks resolve the best. Oranges and purples usually fade as well. Green and yellow inks are the most difficult to remove, and additional treatments are needed to produce significant fading.

In many cases the tattoo will completely disappear. Greater than 95% fading of the tattoo may be accomplished. However, it is very important to know that over 100 tattoo inks are in use worldwide today, none of which are regulated by the FDA. Not knowing which tattoo ink was used for how deeply the ink was applied, makes it impossible for the physician to predict the degree of removal on any given tattoo.

Decorative tattoos have a history dating back at least 5000 years. The desire to remove them has probably existed just as long. Early attempts to remove tattoos have had less than desirable results. The use of dermabrasion and Argon or CO2 lasers have left behind scars in place of the tattoo. The advent of Q-Switched lasers has permitted the removal of most tattoo inks with a very low risk of scarring. The Laser Q-Switched Nd:YAG laser is the newest system in this class of lasers. The Laser can significantly lighten or remove many tattoo inks, and is particularly advanced in the removal of blue, black and red inks. 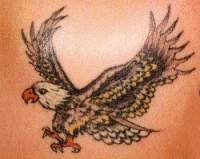 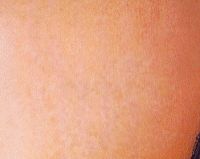 The laser removes tattoo ink with the energy of light. Just as natural sunlight is made up of light wavelengths of many colors, a laser is a device which is designed to produce one or more specific wavelengths of light. These wavelengths are absorbed, reflected or simply passed through objects. Tattoo ink is removed by using a specific wavelength which passes through the skin but is absorbed by the ink. The rapid absorption of light energy causes the tattoo ink to destruct, where it is then removed by the body's natural filtering systems. 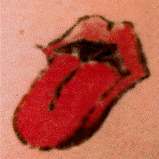 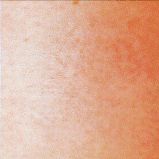 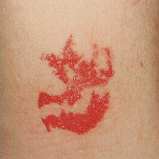 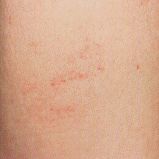 Medical research has taught us which wave lengths of light to use and specifically how to deliver the laser's output to best remove tattoo ink. The laser uses a light wavelength which passes through skin, but is absorbed by most inks. The Laser also delivers the light in very short, high intensity pulses for maximum ink destruction. The use of this specific combination of wavelength and rapidly pulsed light results in minimal damage to the skin while providing maximum tattoo ink removal.

Many people regret having had that impulsive tattoo. The pigments used in a tattoo are inserted deep into the skin, with the intention that they last a lifetime without significant fading. A tattoo that looks great on young skin can be an embarrassment in later life. So what can you do?

How can a tattoo be removed?

There are various methods available to remove tattoos but they are not always successful:

laser treatment is the most common method. Different wavelengths of light are used for different pigments. The laser beam passes through the skin and is absorbed by the ink. This causes the ink to break down so that it can be removed by the body's lymphatic system.

if the tattoo is too deep for laser treatment, or is quite small in size, the skin with the pigment can be cut away and the edges sewn together to close the wound.

If the tattoo is too large for the wound to be closed with sutures, it is sometimes possible for a piece of skin from another part of the body to be grafted onto the site. Unfortunately, this causes two scars - at the site of the tattoo and at the site of the 'donated' skin, although it is usually taken from an area of the body that is not normally exposed. The scars should settle and fade over time, and further surgery is sometimes possible to further minimize the scar.

dermabrasion literally rubs the tattooed skin away with an abrasive tool, over a series of treatments. If the tattoo is deep, a skin graft may also be necessary to 'level out' the surface of the skin.

Is tattoo removal painful? Does it carry risks?

Success really depends on the size and depth of the tattoo. Laser treatment will almost certainly achieve a reduction in the intensity of the tattoo and surgery can remove it completely, although the tattoo site may not be completely smooth afterwards and evidence of a tattoo can remain even after the scar has healed.  Laser treatment is most effective on blue, black and red inks. Green and yellow are the most difficult to break down. You may need several treatments, but usually between four and ten, with a break of at least three weeks between each treatment.